A blog of interesting technical advances. 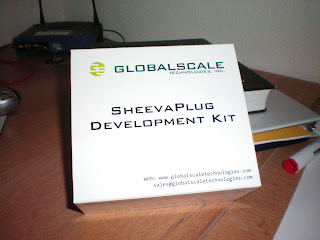 In my senior design class my group is designing a data acquisition and display system for the Solar Panels on the top of the engineering building. My dream for the system is to have statistics that can be viewed on the engineering home page. Today, we got one step closer to that dram as we just received a new computer called the SheevaPlug to run our LAPP (Linux, Apache,Postgres,PHP) stack. This system will interface with an Arduino based microcontroller that has a shadow band pyranometer, temperature sensors, and an RS232 interface to the grid tied power inverters. It's gonna be a rough rest of the semester getting all of this done but I believe it is possible, and I'm lucky to have such smart and hardworking people in my group.
at 11:52 AM